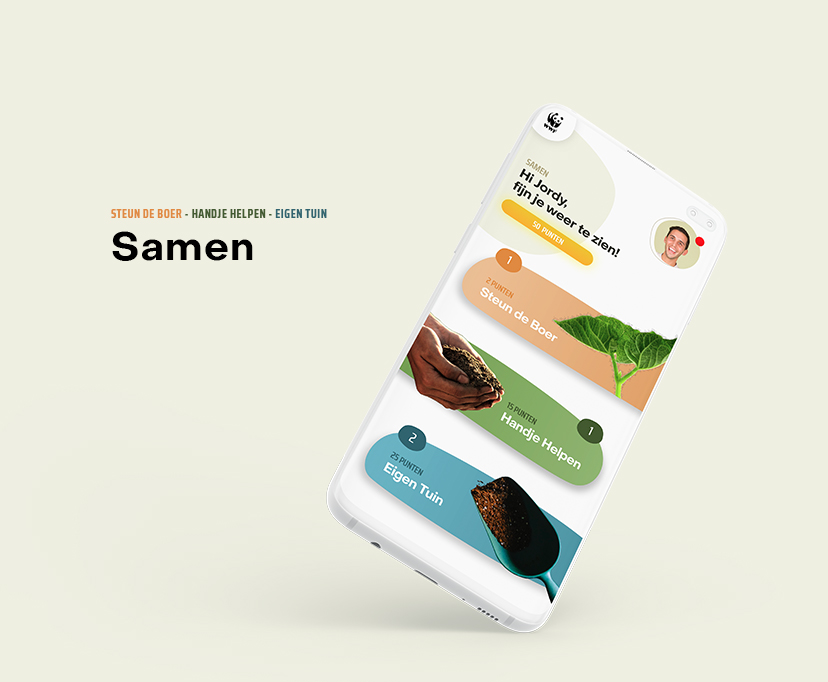 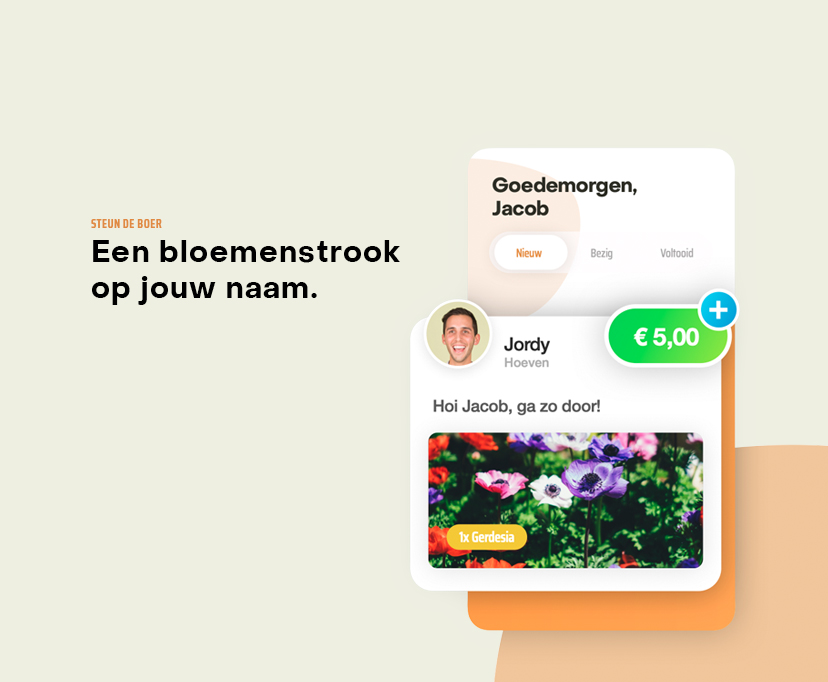 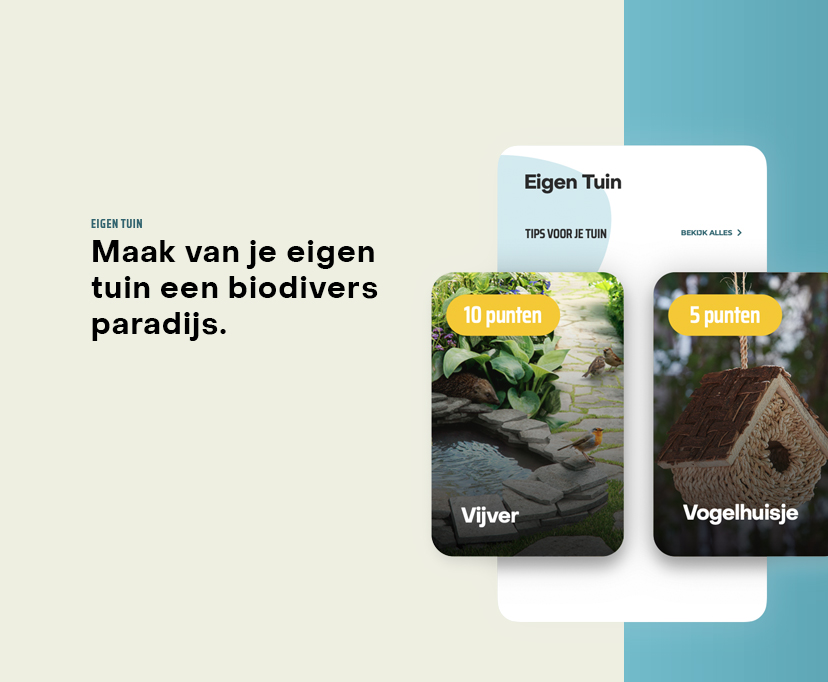 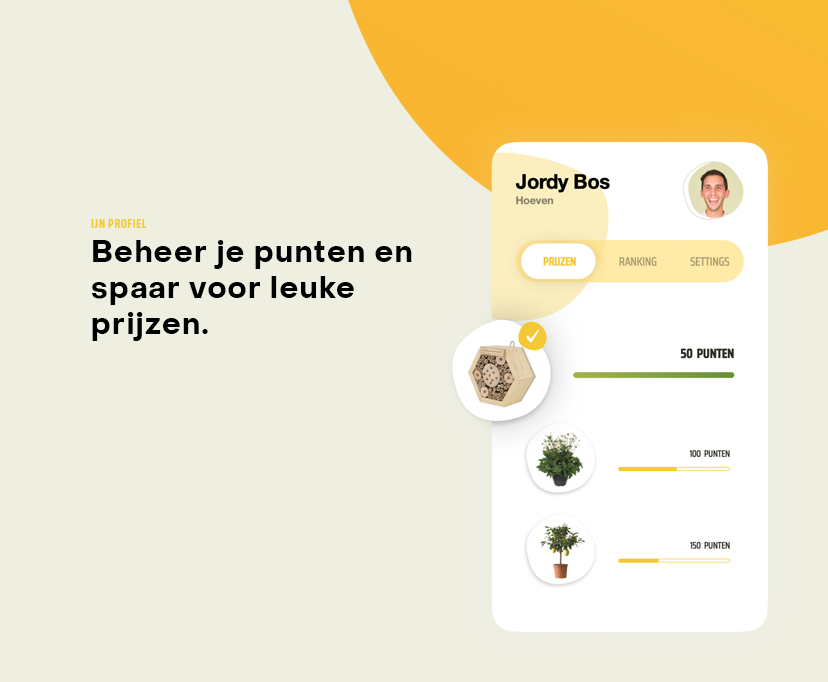 From Dept Agency, I independently led this project on behalf of WWF. The design question was as follows;

Together is a human centered application that brings citizens and farmers together in a positive way. By playfully working on increasing biodiversity, in their own environment and beyond. Within the app you as a user have the possibility to take action in three different ways: Support the Farmer, Helping Hand and Own Garden.

Earn points by completing actions within the three options. In this way you can save for awesome prizes that will make your garden even more biodiverse. Compete with people in your own neighborhood. By working together, you stimulate the process of biodiversity restoration in different ways. You have never been involved in such a fun and responsible way!

My role within the process was to conduct thorough research whereby the results could be used to create a human centered design solution for the biodiversity problem within the dairy farming industry. By giving my results a face, I took the initiative to convert the information into a usable application, so that the story also got a face.

During the design I chose for a natural look and feel, so I used sloppy curves in for example the colorful elements, buttons and indicators. In this way I brought back the elements of WWF in a minimalistic way in the form of an entirely new identity, it had to function as an extension of the WWF itself. For the use of color I deliberately used earth tones, to make the connection with nature clear. Each branch in the application has its own color, green, blue, orange or yellow. It reflects a theme, so it is clear to the user where they are at that moment within the app.